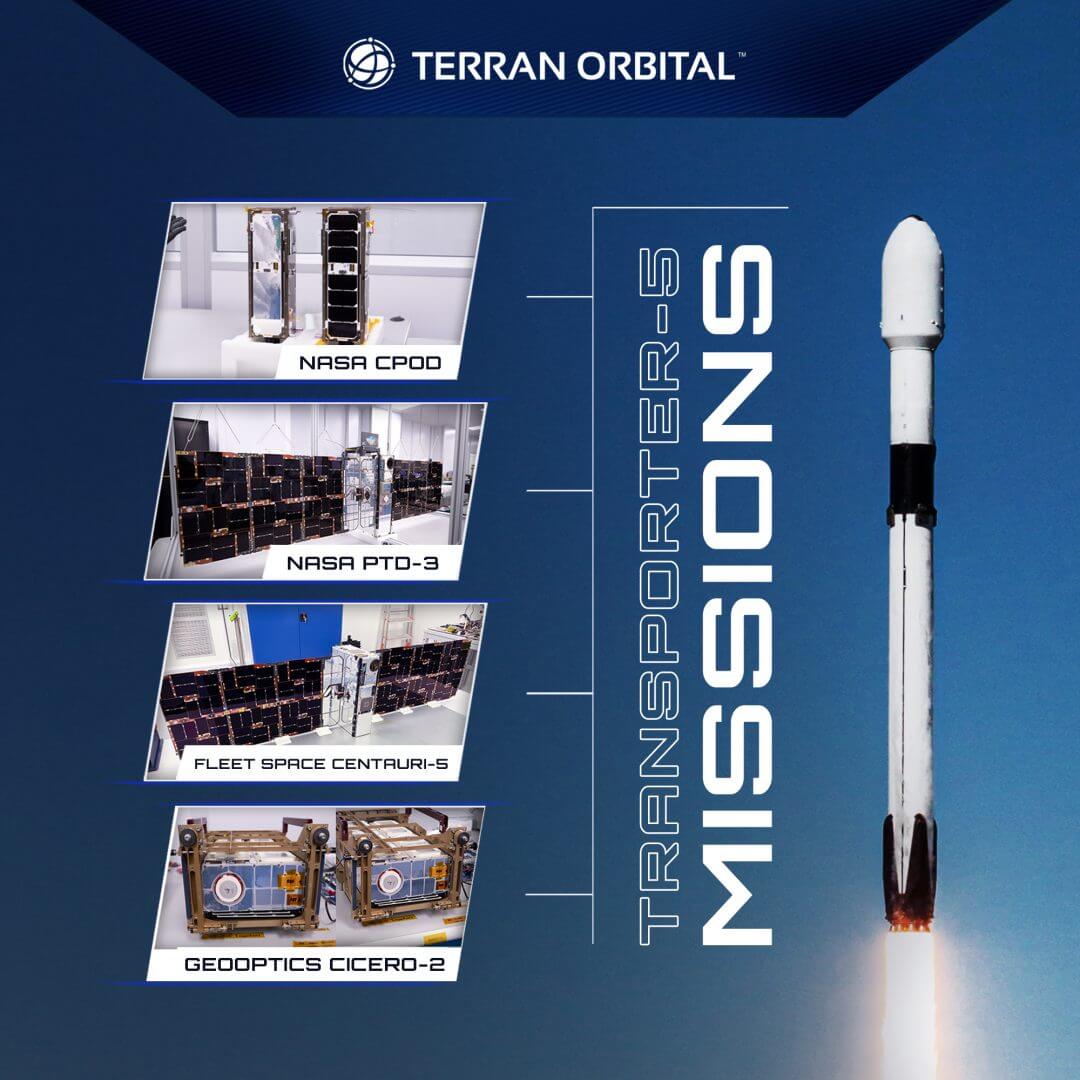 “Terran Orbital is thrilled all six of our latest satellites have deployed from SpaceX Transporter-5,” said Terran Orbital Co-Founder, Chairman, and Chief Executive Officer Marc Bell. “The satellites we develop each solve a unique problem with even more unique technology.”

Mr. Bell continued, “The Terran Orbital team has worked tirelessly to design and build technology that is not only solving the problems of today but laying the foundation for the solutions of tomorrow. Terran Orbital looks forward to continuing to partner with the likes of NASA, GeoOptics, Fleet Space, MIT Lincoln Laboratory, and SpaceX as we continue to successfully deliver space-based solutions advancing humanity’s future and prosperity.”

Terran Orbital has previously announced a significant expansion in manufacturing capabilities as well as contract awards from Lockheed Martin, the Space Development Agency, and the Defense Advanced Research Projects Agency.