Cubesats to the Moon 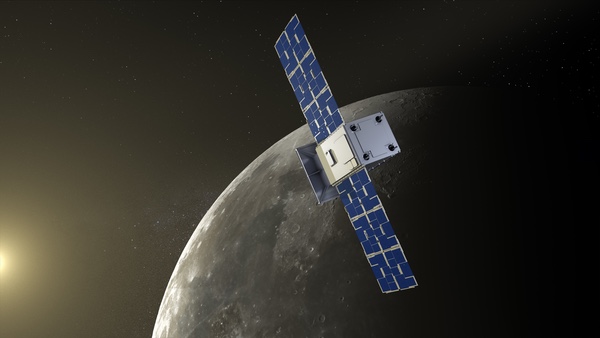 On the evening of Monday, June 13, in New Zealand, a Rocket Lab Electron rocket is scheduled to lift off from the company’s Launch Complex 1. That launch will look like many others by the company except for a prominent white NASA “worm” logo on the side of the booster, an indication that the launch is being performed for the space agency. (As this article was being prepared for publication, NASA announced the launch had slipped to June 13 from June 6 in order to provide more time for final readiness checks.)

At facilities in California and Colorado, where the launch will take place in the early morning hours of Monday, controllers will be closely watching the single cubesat on board, called the Cislunar Autonomous Positioning System Technology Operations and Navigation Experiment (CAPSTONE). About six days later, after a series of burns by a Rocket Lab upper stage called Lunar Photon, CAPSTONE will be released on a trajectory that will eventually place it into a near-rectilinear halo orbit (NRHO) around the Moon, the same orbit that will be used by NASA’s Artemis program for the Gateway and crewed missions to the lunar surface.

CAPSTONE is, in many respects, the first mission of the overall Artemis campaign, launching ahead of the Artemis 1 uncrewed test of the Orion spacecraft now scheduled for no earlier than August. It is a pathfinder, testing the stability of the NRHO and comparing it to existing models.

“The NRHO is influenced by both the Earth and the Moon,” said Brad Cheetham, CEO of Advanced Space, the Colorado company that owns and operates CAPSTONE, during a call with reporters about the mission last week. For about six days of the seven-day orbit, the Earth is the bigger factor in the orbit. The Moon has greater influence on the seventh day, when the spacecraft passes closest to the Moon in that elliptical orbit. “That really drives some of those operational complexities.”

That NRHO has the benefit of lower energy needed to both enter the orbit and also to leave it to head to the lunar surface, as Artemis lunar landing missions will do, said Christopher Baker, small spacecraft technology program executive at NASA. “But you are then riding this balance point between the gravitational pull of the Earth and the gravitational pull of the Moon, and that’s what gets into that complexity about making sure you know how to stay in that,” he said. CAPSTONE “will provide that operational experience before we go do that with Gateway.”

Cheetham said there are “several measurable objectives” for the mission. That includes comparing the actual propellant usage by CAPSTONE to maintain its orbit versus what was predicted before the mission.

The data from CAPSTONE will be useful for planning future missions, but is not absolutely required. “The data will be really helpful to refine models, maybe find efficiencies, but it’s not necessary or required to proceed,” said Nujoud Merancy, head of the exploration mission planning office at NASA’s Johnson Space Center.

“CAPSTONE is already yielding benefits for the planning and development efforts for Gateway and Artemis,” Cheetham added. “Our team is working day-to-day with the team at JSC.”

Testing the stability of the NRHO is one part of the overall CAPSTONE mission. The other part—the CAPS part of CAPSTONE—will test the ability of the cubesat to measure its position by communicating directly with NASA’s Lunar Reconnaissance Orbiter (LRO) spacecraft.

“The CAPSTONE spacecraft will imitate a ground station and will send a ranging tone to the Lunar Reconnaissance Orbiter that LRO will turn around and send back to us,” Cheetham explained. “From that, the CAPSTONE spacecraft, using the CAPS software, will be able to estimate both spacecraft.” That does require, he said, some initial knowledge about the location of both spacecraft in order to communicate with each other. The spacecraft also has a chip-scale atomic clock, he said, that will be used to determine position by listening to transmissions from Earth.

All that will be done by a single cubesat. CAPSTONE is a 12U spacecraft, sometimes called a 12U XL because of a large antenna on one end of the spacecraft. (Cheetham, speaking at an FAA commercial space transportation conference in February, described the space craft as comparable in size of a microwave oven or a case of beer.) Terran Orbital, a smallsat manufacturer, built the spacecraft, and Stellar Exploration provided the propulsion system for the 25-kilogram spacecraft.

Boosting it to the Moon will be Lunar Photon, a version of Rocket Lab’s Photon satellite bus equipped with a new high-performance “HyperCurie” engine. “That was a tremendous amount of work,” Peter Beck, CEO of Rocket Lab, said of the engine, which uses hypergolic propellants and offers 320 seconds of specific impulse.

The combination of CAPSTONE and Lunar Photon will weigh about 300 kilograms, making it the heaviest payload launched yet by Electron. Beck said that the company is considering the same combination of Lunar Photon and cubesat for a planned private mission to Venus “and a bunch of other potential programs” that have high delta-V requirements.

CAPSTONE will need only a small amount of delta-V from its own thrusters to get into NRHO once released from Lunar Photon. That’s because the spacecraft will follow a low-energy “ballistic lunar trajectory” that will take it out nearly 1.5 million kilometers from Earth because heading back, reaching NRHO on October 15.

CAPSTONE is another sign of the growing capabilities of cubesats to carry out missions that once would have required larger spacecraft. While CAPSTONE may be the first launch of the overall Artemis effort, it may not be the first cubesat linked with Artemis to arrive at the Moon. Several cubesats flying as secondary payloads on the Artemis 1 SLS launch, currently projected for some time in August, will either fly by or go into orbit around the Moon.

Among them is LunIR, a 6U cubesat developed by Lockheed Martin. It will test an infrared sensor as it flies past the Moon that will look for evidence of water ice. That instrument will be supported by a cryocooler that is the smallest yet built by the company, one that can fit in the shoebox-sized satellite with the instrument and other spacecraft subsystems.

“Cubesats and smallsats have been great for a long time at demonstrating new technologies, and they’re starting to build toward deep space exploration roles,” said Joe Shoer of Lockheed Martin during a briefing at the Space Symposium in Colorado Springs in April. “They’re a new and different way to investigate science questions.”

LunIR will be a mix of science and technology demonstration. The instrument will take images on both the day and night side of the Moon as it flies by, he said, evaluating both the performance of the infrared sensor “and potentially whether it could point astronauts towards interesting sites to visit.”

The ability to do missions like CAPSTONE and LunIR reflects the growing maturity of the field. At the Space Symposium briefing, Elwood Agasid, deputy program manager for small spacecraft technology at NASA Ames, said that when the agency first started experimenting with cubesats, it extensively tested components, unsure that what was commercially available was suitable.

Now, he says, suitable products are readily available. “Now, you go downstairs or you go to the Smallsat Conference and those providers are there,” he said at the briefing, held a floor above the exhibit hall at Space Symposium. “That’s allowed us to rely more on the commercial sector for those components.”

“You can buy pretty much every subsystem off the shelf,” said Andres Martinez, program executive for small spacecraft in NASA’s Exploration Systems Development Mission Directorate, at the Space Symposium briefing. That’s not the case for instruments, though. “Instruments is where we’ll continue to do R&D, because you can’t buy that off the shelf.”

Cheetham, who was also at the April briefing, said his company is thinking about what’s next after CAPSTONE. That includes future missions leveraging the technology that CAPSTONE will demonstrate for the Moon or other places in the solar system, including national security interest in cislunar space situational awareness. “For us, it’s really just the beginning,” he said.