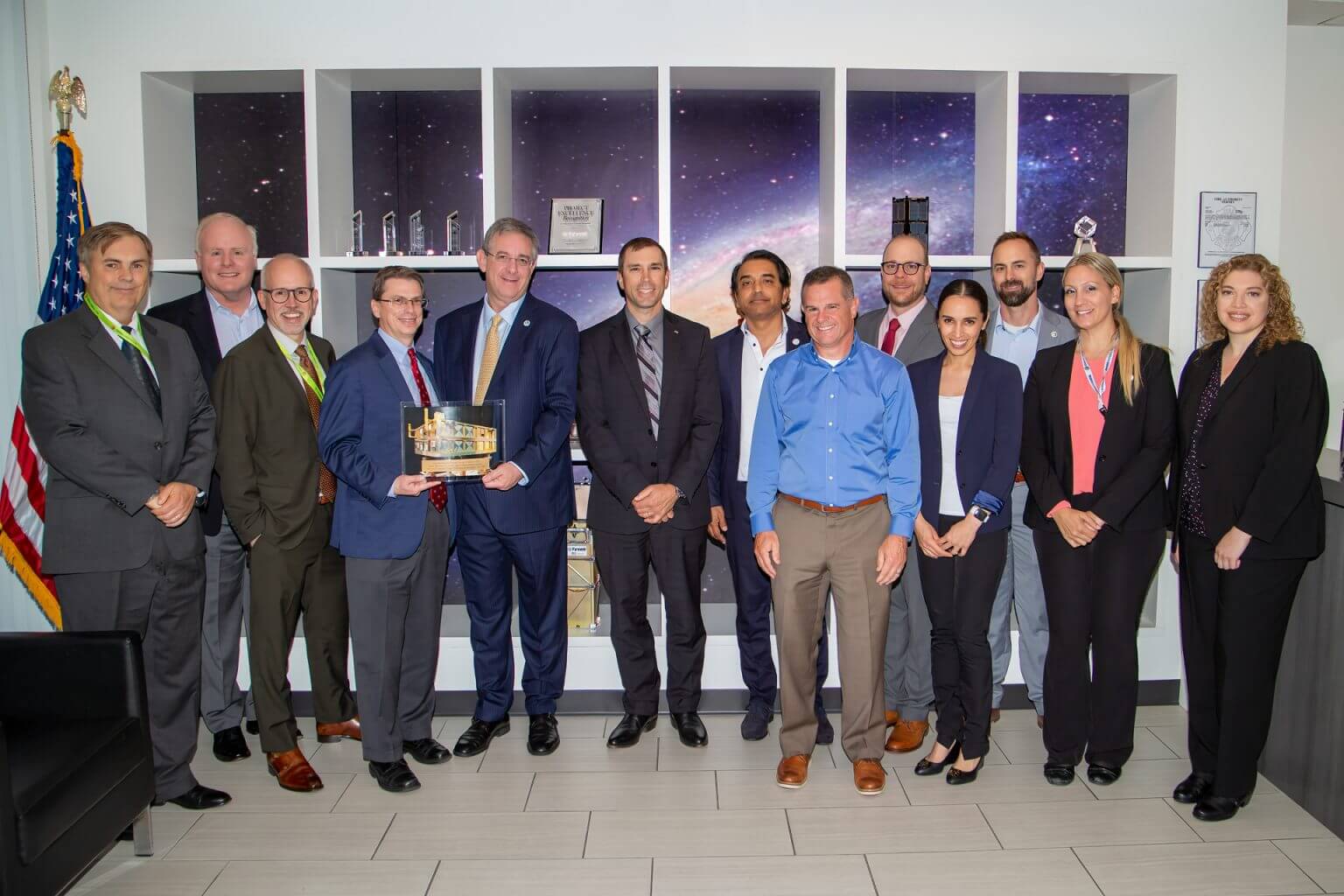 The beyond-line-of-sight targeting and communications provided by the Transport Layer will equip tactical warfighters around the globe with resilient connectivity to other space assets. While the initial Tranche 0 constellation is expected to have a limited networked capability, future enhancements from Tranche 1 and beyond will significantly increase the routing of data across a larger network of space vehicles. Tranche 1 will then serve as the backbone for Joint All Domain Command and Control – significantly extending the United States’ global defense capabilities. Terran Orbital previously announced a contract award from Lockheed Martin to build 42 satellites for Tranche 1.

SDA Director Dr. Derek Tournear was on hand for the visit along with Johnathon Caldwell, Lockheed Martin Space’s Vice President and General Manager for Military Space.

“It was an absolute honor to host Lockheed Martin and SDA at Terran Orbital’s newly expanded state-of-the-art facilities,” said Terran Orbital Co-Founder, Chairman, and Chief Executive Officer Marc Bell. “Terran Orbital will continue to rapidly expand our production capacity precisely for these moments when we are called upon to develop the satellites and technology used to defend our Nation and Allies. Terran Orbital looks forward to designing, building, and delivering the remaining nine Tranche 0 buses and the 42 Tranche 1 buses.”

In addition to the Transport Layer satellites, Terran Orbital has previously announced a contract award to build and support three microsatellite class satellites for Lockheed Martin.