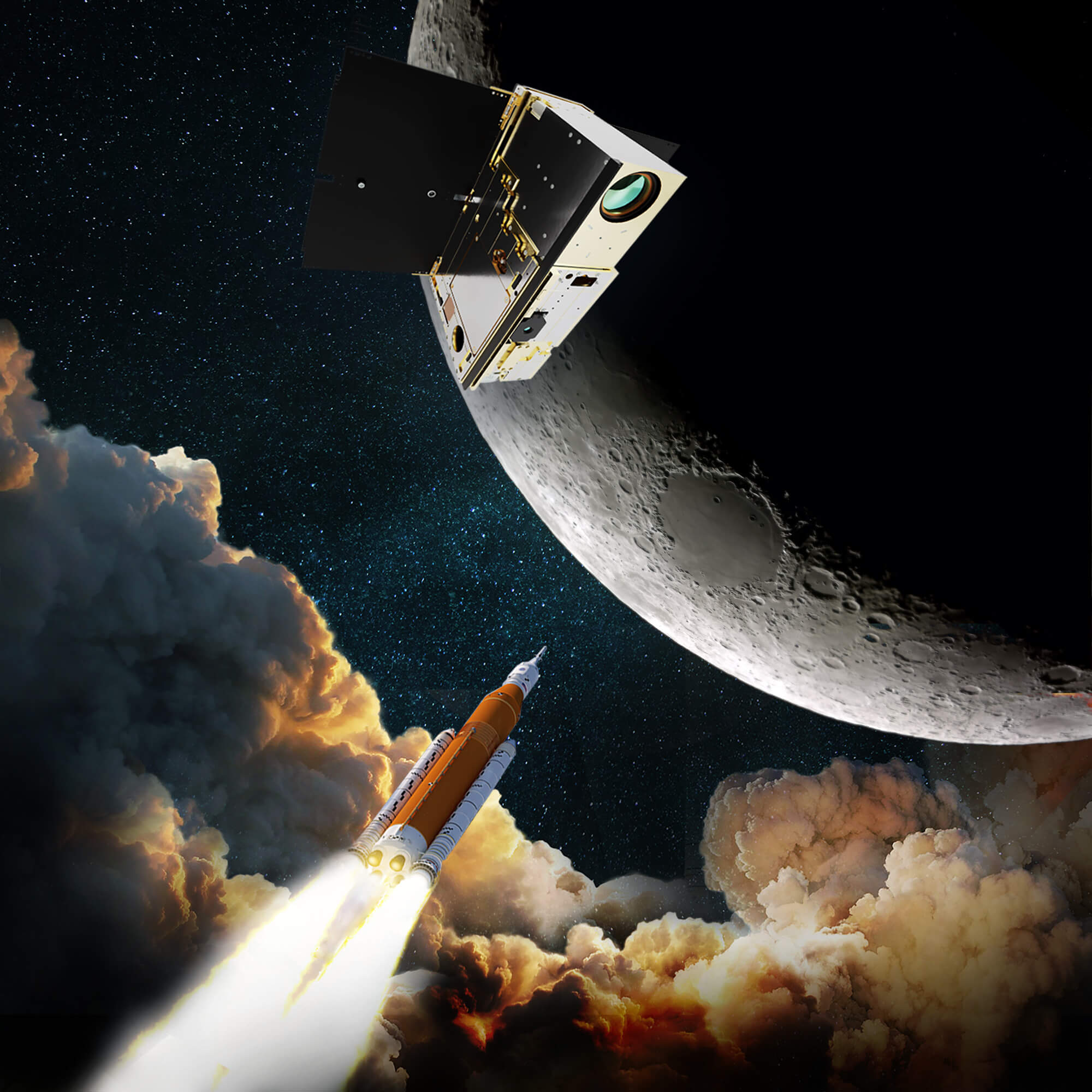 The Lunar Infrared imaging spacecraft, also known as LunIR, launched this morning along with the Orion capsule atop NASA’s Space Launch System (SLS) from the Kennedy Space Center. Terran Orbital designed, built, and integrated LunIR under contract with Lockheed Martin in support of Artemis 1 – a test mission for the SLS and Orion. As a secondary payload on the launch vehicle, LunIR will fly by the Moon and collect surface thermography, proving out a novel infrared imager whose capabilities could be applicable for future planetary or lunar missions.

With a mass of 11 kg, LunIR includes two deployable solar panels, three-star trackers, three reaction wheels, and the imaging payload and micro-cryocooler from Lockheed Martin. Terran Orbital will guide the spacecraft via a special configuration of the third-star tracker, used as a “moon camera” with commands generated from a novel Lockheed Martin algorithm.

“Terran Orbital is ecstatic to launch yet another groundbreaking lunar satellite in record time,” said Marc Bell, Terran Orbital Co-Founder, Chairman, and Chief Executive Officer. “It is not very often a company has the chance to simultaneously create a new path to the Moon while mapping the Moon. Developing and co-operating the CAPSTONE and LunIR missions are experiences Terran Orbital will forever cherish and continually build upon. We are especially thankful to Lockheed Martin for their consistent partnership and the opportunity to develop and guide LunIR. We are also grateful to NASA for creating the Artemis program in the first place. Together, we are bringing people back to the Moon.”

“We are proud to see fly, on LunIR, the first-of-its-kind infrared imager and the lightest, long-life cryocooler ever built, both of which we developed at Lockheed Martin,” said John Ricks, Lockheed Martin program manager for LunIR. “We funded the LunIR mission to demonstrate these exciting technologies in space and we are very pleased our collaboration with Terran Orbital has brought us today’s successful launch. We can’t wait to see what we learn as we image the Moon in the next several days.”

“KSAT is very excited to be a part of this special Lunar program,” said Arnulf Kjeldsen, Executive Vice President of Strategy and Technology at KSAT. “Lunar missions require novel planning and operational implementations, so we are very grateful to have this opportunity to further enhance our expertise, ensuring support for all types of future missions as humans continue to explore beyond. Cooperation between the teams has been exceptional and we look forward to supporting this mission throughout its course of exploration.”

Click here to watch a replay of the launch.