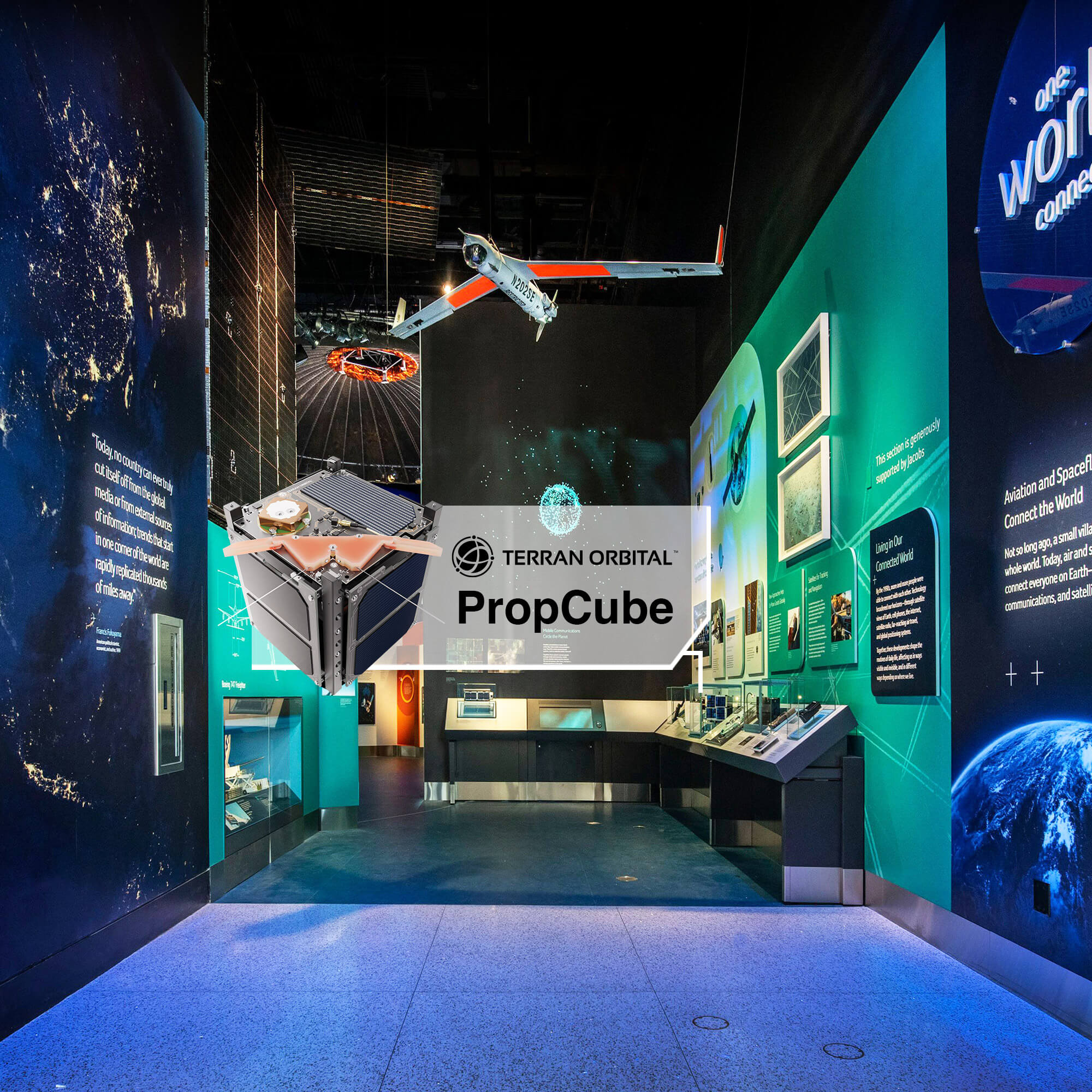 PropCube is an early entry in a long line of Terran Orbital CubeSat innovations. The CubeSat itself was co-invented by Terran Orbital alumni, Dr. Jordi Puig-Suari. While a professor at Cal Poly San Louis Obisbo, Dr. Puig-Suari designed the CubeSat standard alongside Stanford University Professor Bob Twiggs as a teaching tool in 1999. The CubeSat quickly drew interest from other universities, governments, and industry partners. While CubeSats were originally only considered playthings or engineering sandboxes, Dr. Puig-Suari saw the potential for more. Dr. Puig-Suari co-founded Tyvak Nano-Satellite Systems, Inc. in 2011 – joining forces with Terran Orbital co-founder Marc Bell shortly thereafter when Terran Orbital acquired Tyvak in 2013. Bell took CubeSats to the next level, with PropCube being one of the first CubeSats to push beyond the simple sandbox, and take on a complex, high-risk mission — effectively kicking off the New Space revolution.

As part of the Naval Research Laboratory PropCube mission, Terran Orbital designed and built four identical ionospheric research PropCubes. Three of the 1U form factor spacecraft – Flora, Fauna, and Merryweather – flew in space while one stayed Earth-bound as an engineering test unit. The Earth-bound engineering test unit is the PropCube Terran Orbital donated to the museum.

“Displaying a satellite at the Smithsonian’s National Air and Space Museum is a dream come true,” said Terran Orbital Co-Founder, Chairman, and Chief Executive Officer Marc Bell. “The Smithsonian museums are iconic. Their dedication to making knowledge and innovation visually accessible to all is unmatched. We are honored to contribute a PropCube to One World Connected and hope for the opportunity to display many more satellites in their galleries in the coming years. We are also, of course, grateful to the Naval Research Laboratory for entrusting us with the privilege of developing the PropCubes.”

One World Connected will tell the story of how taking to the skies and stars fostered two momentous changes in everyday life: the ease in making connections across vast distances and a new perspective of Earth as humanity’s home. Featuring an array of satellites and other tools that have increased human connection, the exhibition will ask the museum’s visitors to consider how global interconnection touches their lives and to imagine how advances in technology might impact the near future.