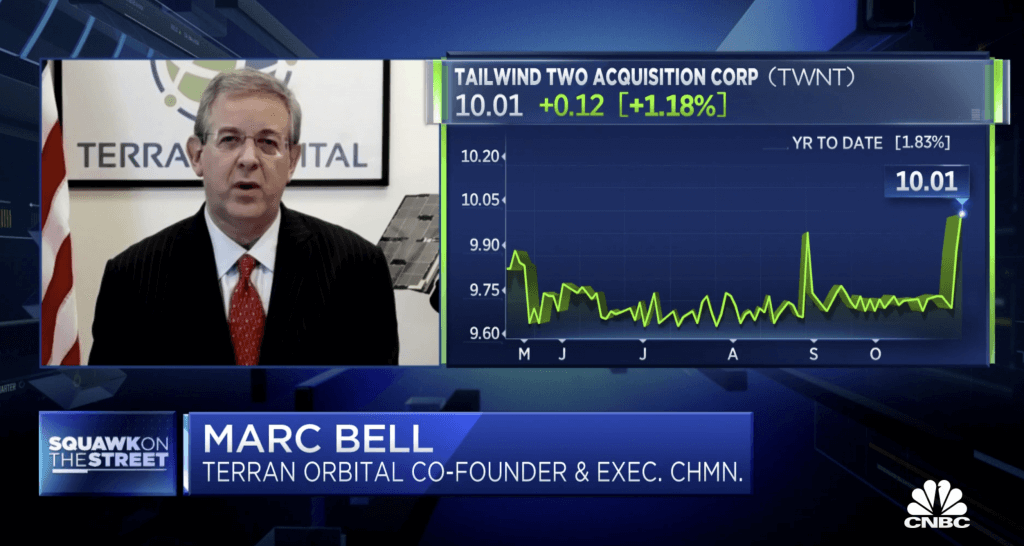 Shares of Terran swung in its trading debut: The stock rose as much as 15% at the open, before falling as much as 19%, and then changing direction again to finish the day up 7.6% at $11.80 a share.

Terran joins a trend of space companies going public through SPAC deals, such as Virgin Galactic, Astra, Rocket Lab, Planet and more. But Terran co-founder and CEO Marc Bell told CNBC that he believes his company’s foundation sets it apart.

“We look at a lot of these space SPACs that have gone out and a lot of them weren’t businesses that should have gone public,” Bell said. “We, on the other hand, have real revenues, real pipeline, real backlog, real customers.”

Headquartered in Boca Raton, Florida, the company has announced plans to expand its satellite manufacturing capability by building a 660,000 square-foot facility near Cape Canaveral and leasing a 60,000 square-foot facility in Irvine, California. With more than 300 employees, the company is building off its consolidation of two former subsidiaries, satellite manufacturer Tyvak and imagery specialist PredaSAR.

“Our manufacturing business is unique, because it’s truly a recurring revenue business,” Bell said. “For the U.S. government, it’s far cheaper for them to build a constellation of satellites and keep refreshing it, and keep refreshing it with current technology, then build one ‘juicy target’ in space.”

Terran is both building spacecraft for other customers and working on its own system of 96 Earth imagery satellites, which Bell described as “Earth observation 3.0.” The satellites would combine two types of imagery collection technology, optical and synthetic aperture radar, Bell said, so that Terran can “overlay the data” and provide more in-depth analysis to customers.