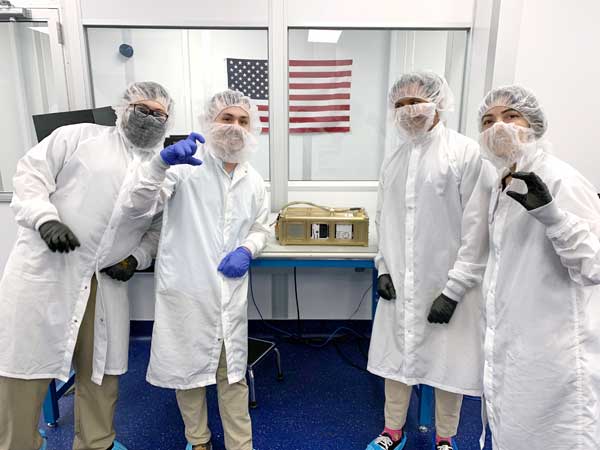 Following a successful launch to space on May 25, two small spacecraft comprising NASA’s CubeSat Proximity Operations and Demonstration (CPOD) mission will set out to perform for the first time a series of maneuvers that leads to the docking of three-unit, or 3U, CubeSats. The CPOD mission is designed and built by Terran Orbital Corporation in Irvine, California. Once CPOD’s two small spacecraft complete initial spacecraft checks, they will demonstrate the entire sequence of rendezvous, proximity operations, and docking (RPOD) in low-Earth orbit.

Equipped with their own propulsion systems to precisely maneuver the small spacecraft through the RPOD sequence, the spacecraft will perform in-orbit operations autonomously, without control from the ground. The two spacecraft will use an inter-satellite link to share GPS and other data to coordinate the series of moves leading to docking. CPOD’s cameras will capture images of the sequence, which will be transmitted to the ground.

The maturation of the capabilities to be demonstrated by CPOD could enable new applications for small spacecraft, like exploring asteroids, planets, and moons, or inspecting other spacecraft and outposts. The CPOD mission enhances the capability of small spacecraft to work in coordination with one another for observations or to become in-space building blocks for more sophisticated systems, such as a networked constellation of CubeSats.

The Small Spacecraft Technology program, part of NASA’s Space Technology Mission Directorate, expands the ability to execute unique missions through rapid development and demonstration of capabilities for small spacecraft applicable to exploration, science, and the commercial space sector. Projects funded by the program may be executed at academic institutions, in the private sector, at NASA centers, as public-private partnerships, or cooperative agreements. The program office resides at NASA’s Ames Research Center in California’s Silicon Valley.